Bouzas fireworks, to be launched on sunday of next week,is a claim that, year after year, brings together many people looking at the sky Source: La Voz de Galicia 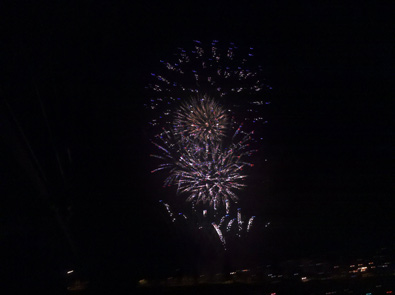 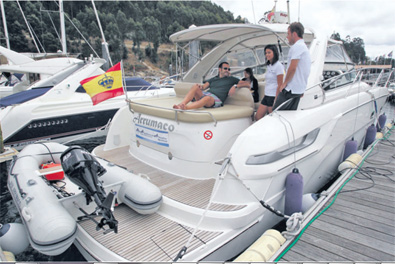 Rest & leisure at the Ria

Alquileres del Atlántico performs a service called "Sunset", wich last week was held in the Cies Islands and is schedule to take place this year in Baiona and Sanxenxo next year. For 40 euros a passenger has a route with cocktail, tasting dinner and drinks on board, ending the trip in the nightlife of Vigo at the hands of clubs like Embassi or ValenciagaSource: La Voz de Galicia

Alquileres del Ataltico organized the first summer festival on saturday, "Sunset Cies", on board of a catamaran, with the participation of 150 people sailed to the Cies Islands in the "Pirata de Onza" in the shipping Nabia, dined on board served by the restaurant Siete Torres and took drinks in the Valenciaga and Embassi nightclubs of the city. Source: Atlántico Diario 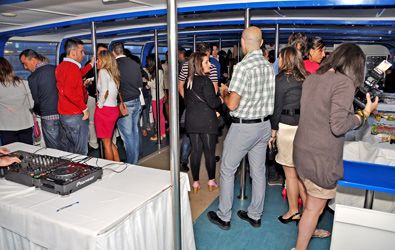 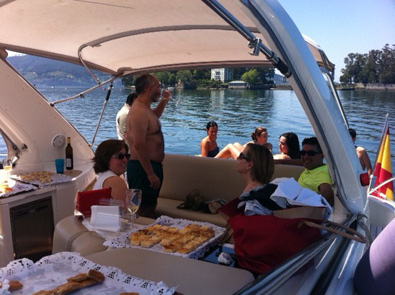 A maritime ride by the Ria between friends

The firm Alquileres del Atlantico began the summer with a very special program, a ride by the Ria de Vigo for groups between 8 and 50. A luxury travel that gives the opportunity to enjoy of a charm day with food & snack in a privileged natural enclave. Source: Atlántico Diario

Ride by the Ria with "Alquileres del Atlantico"

Alquileres del Atlantico offers from small sailboats to large schooners for big events, motor boats from 8feet to luxury yatch of 20 meters and large catamarans up the company's fleet of charter and sailing events, a reference in the south of Galicia. Source: Atlántico Diario 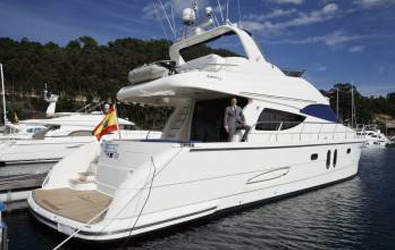